Training for members of Judicial Committees

The Local Government Operation Act 2017, enacted by the Parliament of Nepal, has recently created judicial committees. Judicial committees consist of three members. In the case of municipalities, it consists of the deputy mayor and two elected members of the municipal assembly. In the case of a village, it consists of the vice-chairperson and two elected members from the village assembly. This means, the newly elected members of judicial committees now have an important role in creating access to justice for the people of Nepal. Pro Public organized a five-day training on “Strengthening the Role of Judicial Committees in Addressing and Managing Disputes” from October 25 to 29, 2017 in Palpa, Tansen, which was supported by Civil Peace Service Programme of GIZ.
The training was attended by 54 judicial committee members from four districts, viz. Palpa, Argakhanchi, Rupandehi, and Kapilvastu, with a total outreach to 18 communities.
The training adopted andragogic method of teaching including theories, group works, and refreshers/games. It included modules like justice system (formal & informal), dispute resolution, introduction of rules and regulations for judicial committees, scope of their work, functions of judicial committees, process of dispute resolution, fundamental principles of justice, general communication skills, Nonviolent Communication (NVC), conflict theory and conflict analysis tools, mediation, collaborative leadership and self-care.
Over the years, Pro Public have matured and become skillful in the areas of mediation, Nonviolent Communication and conflict transformation. It strives to create more meaningful work that solves challenges in conflict transformation, while providing an outlook towards sustainable peacebuilding processes. In the long term, Pro Public is committed in carrying out similar activities through deeper and wider collaborations with both, national and international institutions, organizations, and governments. 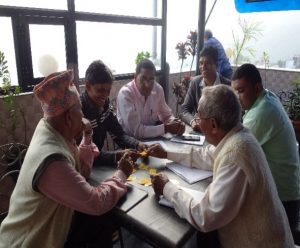 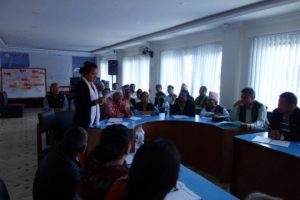 Figure 2: Round of introdution from participants 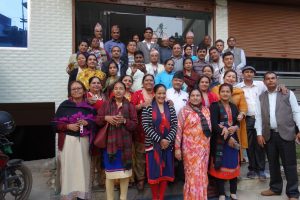 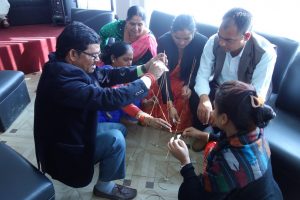 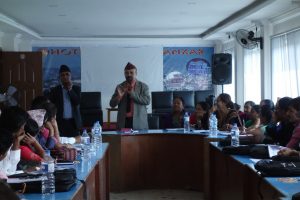 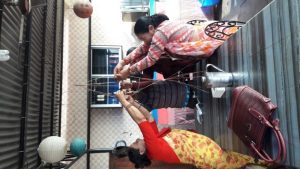